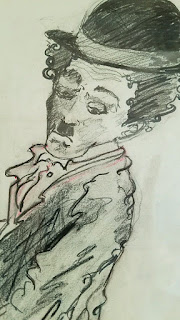 The late Michael Jackson's illustration of Walworth born Charlie Chaplin is up for grabs on the Ebay auction site. The legendary comedy genius was a massive influence on the eccentric American entertainer. Jackson even covered the song 'Smile' the music of which was written by Chaplin for the Modern Times movie.

During a break in the Jackson's touring schedule, a pre-plastic surgery Michael made a trip to East Street in the London Borough of Southwark, the home of Chaplin's birth. A photo-shoot was arranged with Jacko dressed as the Little Tramp character, and a series of photographs were taken in nearby Freemantle Street just south of the Lane. 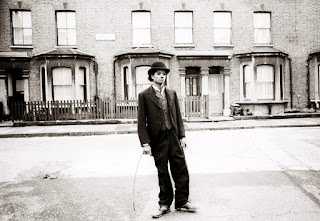 The signed (but undated) drawing in graphite and charcoal with a hint of pink crayon, also depicts Chaplin's famous tramp. The starting bid is a mere ten thousand dollars, but it has a 'Buy it now' price of $13,100.00 plus postage costs to the UK of £387.00. 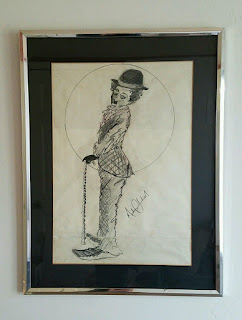 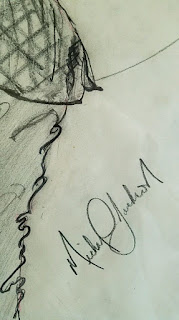