The Beginnings of the Sunday School at St Peter's Church 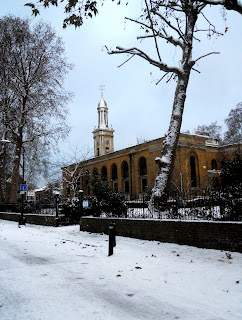 The very first Sunday School Account Book dating from April 1836 to March 1845 reveals much about the beginnings of St Peter’s School, which developed from the original Sunday School. The book contains the list of subscribers and contributors to the fund that initially got things going, and kept them running smoothly for many years. Without these people St Peter’s School would not exist today.

Commencing the 25th April 1836, the first name recorded is that of the Rev. George Ainslie, vicar of St Peter’s Church, with a donation of ten shillings and a five shillings annual subscription. (Note: A shilling equals 10 pence today but was obviously rather more at the beginning of the Victorian period.) The list of subscribers continues with dozens of church members and friends of the minister all wanting to partake in this venture. [This, of course, is of great interest to the local historian, for it supplies us with actual names and addresses of the folk who made up the congregation in the early days of the parish church here in Walworth.]

Edward Jones, one of the first contributors was a local worthy, living in Carter Street. “His purse” we are told, was “ever open to the appeals of the really destitute and deserving, and [his] heart ever warmed to the plea of the widow or the cry of the orphan or distressed.” Born in 1780, Jones was a liberal contributor to local charities and the poor of the district.

One gentleman, Mr Potts of Queens Row, made a large donation of £5, which was twenty times the annual subscription! Within a fortnight there was over £16 in the treasury, ample enough to begin to supply the Sunday School with essential equipment and various sundries. The Society for Promoting Christian Knowledge (SPCK) was contacted by Mr William Cripps, the Sunday School Superintendent, and an initial quantity of text books were ordered for the schoolchildren at a cost of over £7.00. A further four pounds four shillings was spent on twelve chairs and two tables, provided by a local carpenter Mr H. Roe. Another tradesman of the same craft, Mr W.J. Twiner, put together ten forms [benches], three bookcases and some cloak pins. But perhaps his charge of eight pounds fourteen shillings and sixpence was thought to be a little bit too steep, for as soon as another table and six more forms were required Roe’s workshop was returned to.