Q is for Queen of Hearts - Walworth A to Z

Q is for Queen of Hearts 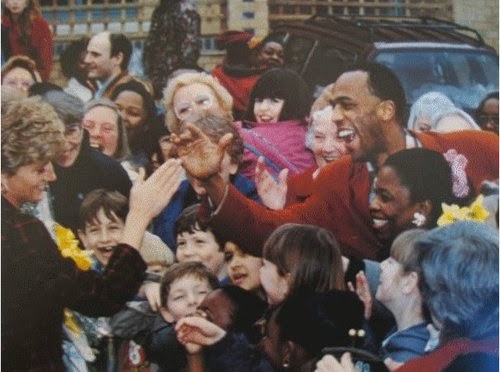 When the much loved Princess Diana visited Walworth in 1993 our very own Danny Walters managed to give her an impromptu high five and present her with a bunch of flowers. Diana, later dubbed ‘the queen of hearts’ was not the first member of the royal family to stray onto the streets of SE17. On various occasions in the past our present Queen and her forbears have made some notable visits. Queen attended the in 1848 and Queen Elizabeth, when a mere Princess, looked round a new Walworth prefab just before the end of the war. 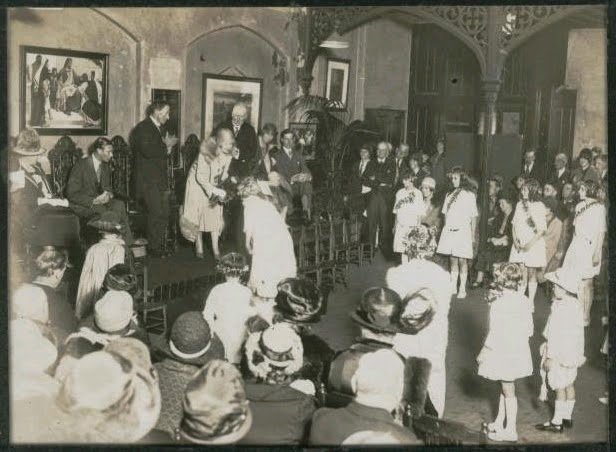 The Duchess of York, who later became Queen Elizabeth the Queen Mother and her husband the Duke of York (later George VI) attended the Browning Settlement in 1928 for the coronation of her counterpart the Walworth May Queen. During the Silver Jubilee celebrations in 1935 King George V and Queen Mary passed along a crowded on a drive through . And then just months before the Second World War, Queen Mary, now widowed, took the same route to open Clubland at the Walworth Methodist Church. Clubland was cumbersomely billed at the time as “The for working girls and boys.” Idioms such as ‘teenager’ and ‘youth club’ were yet to be coined. Sadly the buildings were destroyed just two years later after taking a direct hit during the blitz. On completion of rebuilding in 1964 the Queen Mother had the honour of opening it to a new generation. The Queen Mother returned to the area in 1982, this time for the rededication of St Peter's Church in Liverpool Grove following extensive refurbishment. 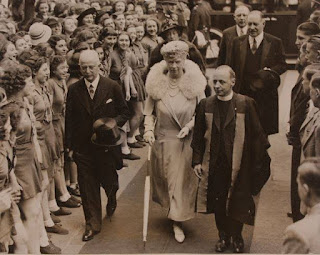 Queen Mary with the Rev. Butterworth May 1939 and the Programme 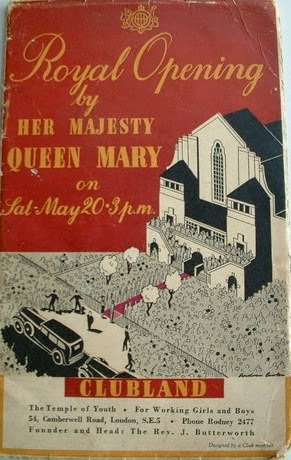