X is for Cross Road - Walworth A to Z

X is for Cross Road


Cross Road …I know it’s cheating… along with on the side of Walworth are long gone. Now part of and a location in the Alberta Estate respectively, these streets once commemorated the famous impresario Edward Cross who transformed that area into one of the wonders of the nineteenth century.
Edward Cross by Jacques-Laurent Agasse, 1838

A dealer in foreign birds and beasts, Edward Cross was the proprietor of the popular tourist attraction in the , ‘Mr Cross’s Royal Grand Menagerie.’ The poet Byron made a visit, and Sir Edward Landseer’s lions at the foot of Nelson’s column in were based on illustrations he made of the big cats there. Cross had once saved a zookeeper’s life when he ran into the elephant cage armed with nothing more than a pitchfork, and stopped the unfortunate man from being gored by the five ton animal. But he later gained notoriety when he had the same elephant destroyed in what became a scene of carnage. It was eventually shot by a firing squad after a number of bungling attempts to put it down failed miserably. 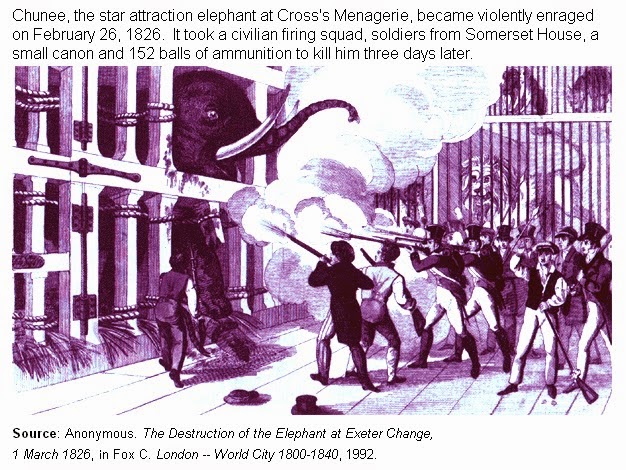 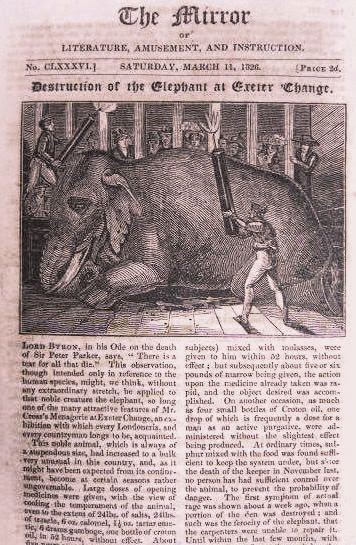 The heartbreaking episode made Cross a very unpopular man among zoologists and the public alike, and things took a decided turn against him. The premises in the Strand were soon pulled down, and he moved lock, stock and barn owl to a place at . Again this was demolished to make way for the National Gallery. He then offered his animal collection to the folks at , with whom he had a fierce rivalry, but they were not interested. It was then that he turned to Walworth and gained funding to set up shop in the old Manor House and grounds. The thirteen acre site was transformed into something that would become so much more than a zoo. It boasted an ornamental lake with several islands; botanical gardens; an arboretum; pleasure gardens; promenades; refreshment areas; and spectacular outdoor shows that drew tens of thousands. Scene painter George Danson was employed to create some amazing backdrops such as or Vesuvius, and then the pyrotechnicians got to work. At midnight, several times a week, came a wonderful display of fireworks depicting the eruption of a volcano. One summer season saw over a half a million people witness the performance. 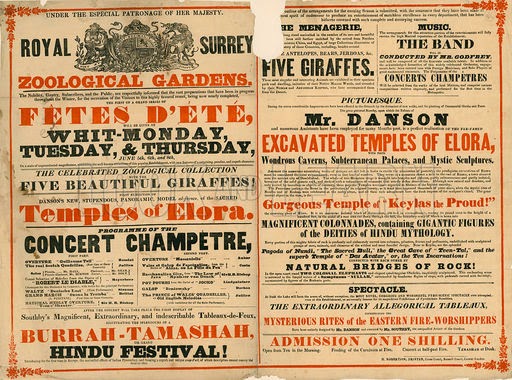