S is for Star Video - Walworth A to Z

S is for Star Video 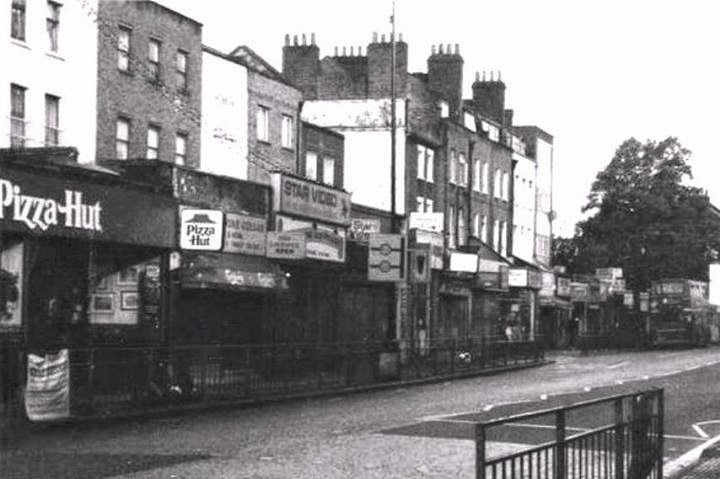 Possibly the first video hire shop in the UK, Billy Best’s legendary Star Video at 312 Walworth Road, was opened in the late 1970s and remained popular for a quarter of a century. In those early days there were just three British television channels, no breakfast TV, and the networks closed down soon after midnight. Very few people owned a video cassette recorder and even fewer high street retailers sold pre-recorded tapes. But soon after the introduction of the VCR, as rare, classic and cult movies became more readily available, the machine’s popularity increased dramatically. The weekly trip to one of several local cinemas was traded for a night indoors with close friends and a movie that was unlikely to be on release at the pictures or on ITV or BBC.  From the huge stock of ancient and current movies, foreign films, television and music shows, members of Star Video could hire out seven tapes for seven nights for seven pounds, or negotiate another good deal. The real joy was unearthing an unknown treasure or making an impulsive choice from the racks and racks of titles. 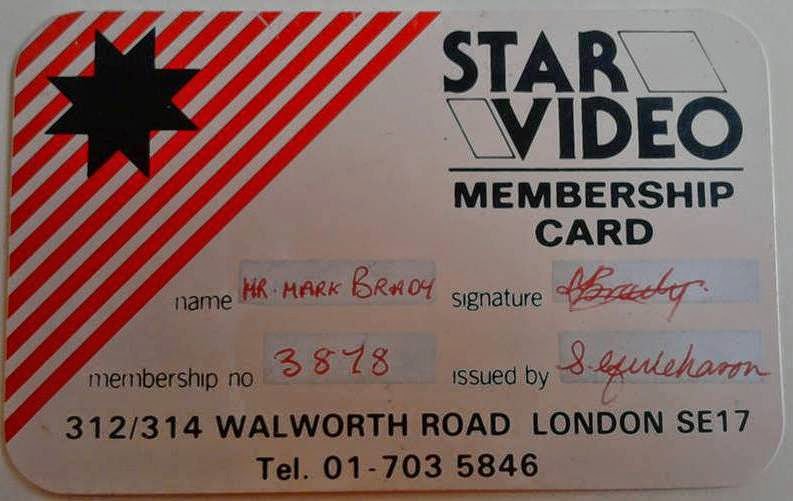 The status of Star Video prompted the giant American corporation Blockbuster to choose Walworth to open its very first outlet in the in 1989 and become the only real competition. Thirteen years later the original shop – boasting a stock of over 300,000 videos and DVDs – closed when it was finally bought out by its rivals. 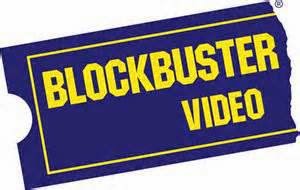 Thanks to Mark Brady for the image of his star video store card.
Posted by jack at 04:56