V is for Vinyl - Walworth A to Z

V is for Vinyl 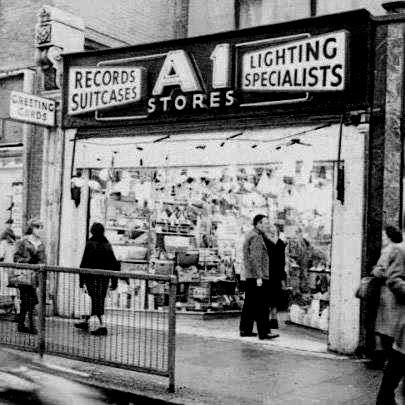 For the young people reading this, a vinyl record is a bunch of downloads glued onto a circular piece of 7 inch or 12 inch plastic, and your parents once grooved to the sounds they made. Popular local record shops were at opposite ends of : Dee Jays (formerly May Smith’s) on the corner of the and the A1 Stores in . The latter of which was run by the Levy family for just shy of a century. Records could also be purchased locally at WH Smith at the Elephant & Castle and from Woolworth’s, and later at Sundown Discount. In the 1960s some of these stores possessed listening booths allowing you to hear the latest single before deciding to purchase it or not.